It is with deep sorrow and much love that we announce the passing of our beloved Dr. Henry Lu, of Vancouver British Columbia, Canada, on January 18, 2022, at the age of 85 years, in Evergreen House, North Vancouver, British Columbia.

He will be lovingly remembered by his wife, Laina Ho; his children, Albert Lu and Magnus Lu; his daughter-in-law, Joanne Liu, and his grandchildren, Daniela and Henry Lu; and numerous relatives, friends, students, readers and patients across the globe.

Through Dr. Lu and his colleagues’ great efforts, the British Columbia government recognized Traditional Chinese Medicine and acupuncture as a healthcare profession. Through the Health Professions Act of BC in 1996, the College of Acupuncturists was established in 1996 and later expanded to establish the College of Traditional Chinese Medicine Practitioners and Acupuncturists of BC in 1999.

Dr. Lu received numerous awards related to his work in Traditional Chinese Medicine, acupuncture and dietary therapy. He also contributed many scholarly works to Traditional Chinese Medicine. He is best known for his translation of The Yellow Emperor’s Classic of Internal Medicine from Chinese to English. This translation and his numerous other books are recommended by the boards of acupuncture examiners in many parts of the world. 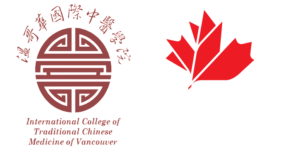